From the Eastern Front 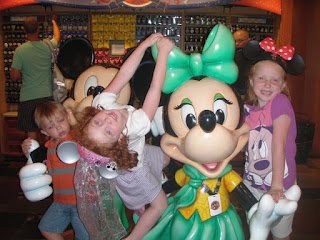 One of the great things about Florida is the beach!
Another great thing is the food!
And if you were to ask my children... nothing could compare with Disney World...!
So, since we were there last Sunday, my wife and I decided to visit a church in the greater Orlando area. I googled “churches in _____ (name of the town where we were)” and dozens of baptist and independent-charasmatic churches popped up. So... because we had never experienced it, and because I knew it would create some rather interesting discussion post visit... we visited a United Methodist Church.
This is not going to be a post about conservatism -vs- liberalism. Not is it going to take on the issues currently facing the UMC. No... I would rather like to address something that really, really bothered me. Daniela and I, from what we could tell, were the youngest people there.
- Maybe it's the music?
- Maybe it's the subdivision it is located in?
- Maybe it's the ______?
I don't know why... but I have my guesses.
- It could have been the dry religion we observed... the passionless hymns and the scripted prayers.
- It could have been the uninviting looking building. (I know I shouldn't use words that end in “ing” in triplets... but I don;t know how else to say that.)
- It could have been the lack of zeal in the pastor's voice or the bitterness we overheard in the voices of some of the parishioners behind us.
It could have been all of these or none at all. I don't know. But it didn't seem to bother them, so I guess it shouldn't bother me. After all... who wants young families coming to faith in Christ and parents training their children to be all that Jesus has for them? Who wants the biggest problem every Sunday to be that there is not enough space to hold all the people who are thirsty for God's Word?
Who?
Jesus... that's who.
Lord, forgive me where I have acted in or said things in ways that are not pleasing to, or glorifying, You.
Posted by Chris Johnson on 8/21/2010 01:49:00 PM

Sites Worth Checking out