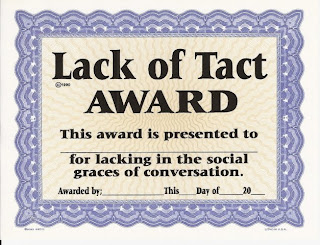 "Tact is the knack of making a point without making an enemy."
-- Isaac Newton


Isaac Newton was not an inspired author of Scripture, but those words are certainly true.  But there are times when you must take a stand… you must not just passively allow the masses to march on into oblivion. The Apostle Paul, in his second letter to the Corinthian church, wrote about some of the things the enemies of the Gospel did to him.  Take a few minutes to read the passage below:
What anyone else dares to boast about—I am speaking as a fool—I also dare to boast about. Are they Hebrews? So am I. Are they Israelites? So am I. Are they Abraham's descendants? So am I. Are they servants of Christ? (I am out of my mind to talk like this.) I am more. I have worked much harder, been in prison more frequently, been flogged more severely, and been exposed to death again and again. Five times I received from the Jews the forty lashes minus one. Three times I was beaten with rods, once I was stoned, three times I was shipwrecked, I spent a night and a day in the open sea, I have been constantly on the move. I have been in danger from rivers, in danger from bandits, in danger from my own countrymen, in danger from Gentiles; in danger in the city, in danger in the country, in danger at sea; and in danger from false brothers. I have labored and toiled and have often gone without sleep; I have known hunger and thirst and have often gone without food; I have been cold and naked. Besides everything else, I face daily the pressure of my concern for all the churches. Who is weak, and I do not feel weak? Who is led into sin, and I do not inwardly burn? If I must boast, I will boast of the things that show my weakness.             2 Corinthians 11:21 - 30
Talk about perspective.
This man looked at everything he had amassed and considered it rubbish for the cause of the Gospel.  Be not only passively assumed the mindset of ambassador, but he put his life on the line to advance the Good News that Jesus saves.
"But Paul was… like a super Christian… right?"
No.  Paul was just doing what needed to be done.
So, what should you be doing?
Posted by Chris Johnson on 6/09/2010 11:32:00 AM

Sites Worth Checking out